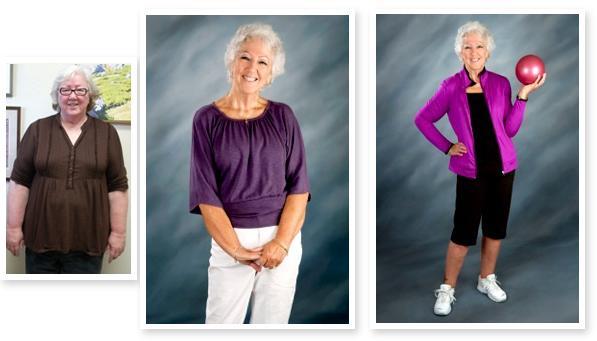 Growing up I was always skin and bones, could eat anything and as much as I wanted.  Everyone thought I was sick but my mom always told them “don’t worry; she will be fat by the time she is 40.”  Went shopping on my 40th I couldn’t fit into a size 14 so I went by Baskin Robbins, purchased myself a birthday cake, went home, started eating, crying and thinking my mom was so right.  Since then I have tried every diet known and each time I lost I would gain it back plus more.

In 2003 my oldest son Kurt passed at the age of 33 then in 2008 I lost my nephew Chris at the age of 29 with each of these there was more weight gain.  My son loved the beach at Goat Rock so every year we go out that to celebrate his life, the first year I could make it over the sand dune by myself, it was hard but I did it, each year thereafter my son Karl had to help me over the dunes; each year I thought if I don’t do something I might not be able to go anymore, but did nothing.  My turning point was two years ago when I went on a road trip with my oldest granddaughter and my nephew’s mother Linda to visit with my nephew’s wife and son.  On the way there we didn’t get to do much because of my health.  We went to Chris’s gravesite which was up on a hillside, when I finally got to his grave Linda said to me “you know you have two angels looking down on you; I am sure they would like to see you healthier don’t you want to be around to see all your grandchildren grow up, have you thought about that surgery!”   She thought I would be mad, but finally someone cared, I wasn’t mad at all.  Well when I got back home, I called an old friend Francesca that had the surgery to see how she was and she told me to call Dr. Robert Woodbury, he saved her life!

October 2009 I called and found out all the requirements and started working on them………at that time I couldn’t walk around the court I live on, legs hurt, out of breath so each day I went a little further worked up to being able to walk a mile and lost 50 lbs before surgery according to my records.  August 2, 2010 I had my surgery and can honestly say, I didn’t have second thoughts, just said a prayer and when I woke up I wanted to get up and walk.  I had all the medical problems, high blood pressure, borderline diabetic, sleep apnea, asthma, knee problems which kept me from walking.  Everything is gone except for the knees, they still hurt but not as much; I can walk around Spring Lake now which is three miles plus.  I continue to walk everyday and exercise three to four times a week, feeling healthy and happy!

I started off at 324 lbs wearing a size 28-30 pant back in October of 2009 and now October 2011 I am at 162 wearing a size 10, yes I have lost one of me!  I can’t keep the smile off my face….loving life, playing with the grandchildren and I ran over the sand dunes this year.  I want to give thanks to God, Auntie Linda for having the courage to tell me I needed to do something, my angels, Kurt and Chris!

Now for Dr. Woodbury….soft spoken, great smile and loves what he does!  He spoke at a meeting during a film of the actual surgeries and he said he just loved it, being in there rearranging us, not his actual words, if you heard the love in his voice as he spoke you wouldn’t want anyone else working on you.  He loves what he does and he does it well along with his team at Healthy Steps!  Thank you Dr. Woodbury for giving me my life back!!